Adina is fourteen years old and lives in Cluj-Napoca, in a rented studio, with her mother and two older brothers. When Adina was four years old her parents divorced. Her father went to work in England and barely kept contact with the three children. Despite the fact that they grew up in a single-parent family, her mother tried to give the children a proper education and to compensate for their father's absence.

The house, that the four have rented, is not very spacious and consists of a single room, a small kitchen and a bathroom. The lack of a computer makes it harder for Adina and her brothers to do their schoolwork.

Adina's mother works as a kindergarten caretaker in Cluj-Napoca, but at the time of our visit she was on medical leave due to some health problems. At work she is not supported by her colleagues, who do not understand her medical situation.

Adina is a focused and involved student. Her favourite subject is math. Her older brother tutors her and helps her with homework. Adina has a friendly nature and she gets along with her classmates very well.

The family has very limited financial resources: mother's minimum wage, the alimony received from their father and the allowances for two children (the older brother is a student in the first year and no longer benefits from this income). 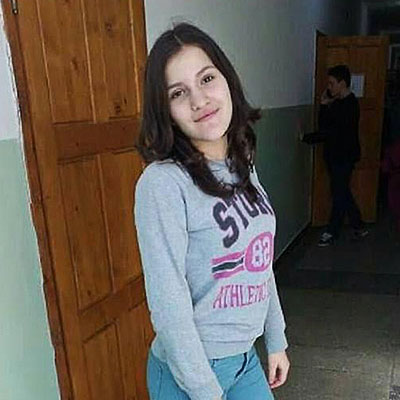