Camelia lives with her younger sister (Lacramioara), her mother and grandmother in a three-room apartment in Cluj-Napoca. Their father left them when they were little and their mother became depressed. Due to this condition she cannot work. Their grandmother who she is suffering from cancer cares for Camelia and her sister. Her grandmother owns the apartment. During winter the apartment becomes very costly due to the utilities, which need to be paid. Electricity, and gas make up for 80% of the family’s only stable income, grandmother’s pension. Camelia is a sensitive girl, very well behaved and good in school. She likes traveling (better said she would like to travel).

These two sisters are pure joy, we met them during our visit to Cluj in August 2017. Their grandma raised them in the spirit of loving nature, being kind with animals and appreciating beauty. Grandma, a very wise and gentle woman, was their guardian, support and role model. The girls are taking turns as her nurses when needed. The mother of the girls is doing much better, she got a job at a local supermarket as a cashier and she is contributing to the household. Camelia and Lacramioara are doing well at school and they are also talented and prolific artists. 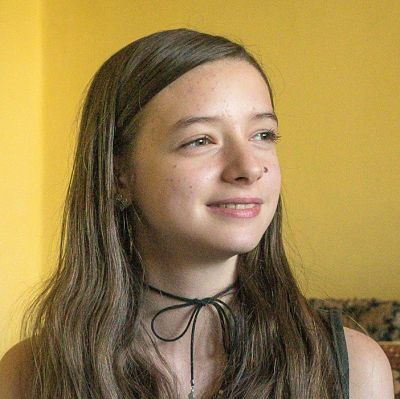