David lives together with his mother and his two younger brothers in a 16m2 apartment in Cluj-Napoca. His mother was never married, but she lived together with the father of the children for 11 years. The father left the family a few years ago and then the financial problems started. His mother has an university degree and worked for 10 years as a manager at a company in Cluj. She gave up working in order to take care of the children.

We met David in August 2017 at a trip we organised for the children to a nearby zoo. David came with one of his younger brothers and he was very protective of his brother (taking his role of older brother very seriously). David is also a very mature and serious child – when we asked him if he liked the trip he said that he didn’t like it because the animals are kept locked in cages.

David is performing very well at school. He would like to become a veterinarian, and dreams of visiting other countries and meeting other cultures. 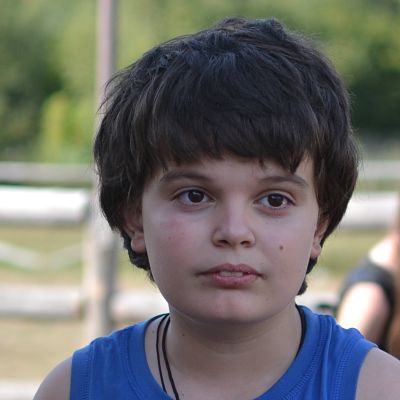