Georgiana is ten years old and she goes to school in a village called Somesul Rece in Cluj county. Georgiana finished the previous school year with the grading Very Good. She lives with her mother in a two rooms house (out of which only one is habitable) without a bathroom and kitchen. Their monthly income is 300 lei (around 68 EUR). Near the house they have a small garden, where they grow vegetables (potatoes, onions, cucumbers, tomatoes). Her father was sent to jail, for two years and eight months out of which he served one year and seven months. The conviction was received for driving a C category vehicle with a B category driving license. Georgiana’s father returned to the family and is currently looking for work. 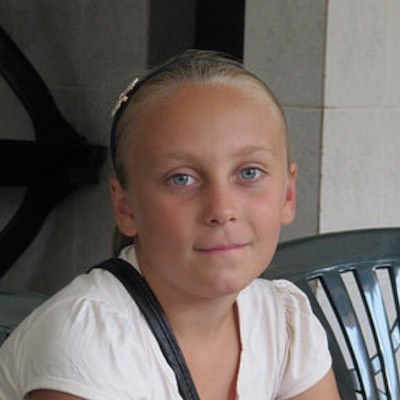